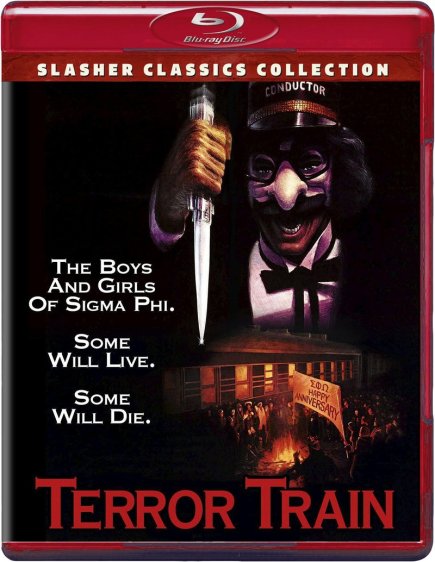 Cult DVD and Blu Ray specialists 88 Films are bringing slasher classic Terror Train to Blu Ray in the UK for the first time on 4th November 2019.

Originally released in 1980 during the slasher boom and starred the original scream queen herself Jamie Lee Curtis and includes a cameo from David Copperfield!

It’s New Year’s Eve and a bunch of college co-eds has planned a masquerade bash aboard a chartered train. What they didn’t plan for was that a knife-wielding psycho would crash the party and begin slaughtering the guests one-by-one!

Who is this mysterious costumed killer? Could it be the magician with a talent for swordplay…. a former frat pledge with an ax to grind….. or any number of other guests both invited and uninvited? Also starring Academy Award® winner Ben Johnson (1971, Supporting Actor, The Last Picture Show), Hart Bochner (Die Hard) and D.D. Winters (52 Pick-Up).

Special features are as follows –

You can pre-order Terror Train on 88 Films.