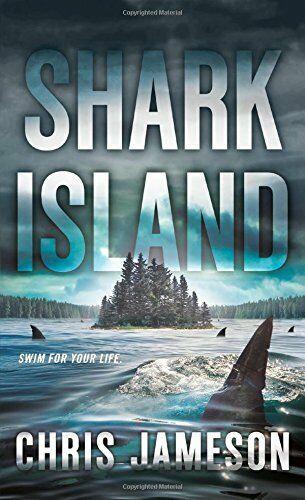 It can be tricky to find interesting anecdotes to take a story about killer sharks.

We’ve seen on screen already this year 47 Metres Down Uncaged go to extreme lengths (for better or worse) to give us something new.

And so we come to Chris Jameson’s thriller Shark Island which shows if you mess with nature it may just bite back a lot!

We being in traumatic circumstances as the daughter of a well-known politician has her leg bitten off in a shark attack. Fast forward to a year later and she attempts to put her life back together by joining a science expedition to change the behaviour of the native seals.

Little do they know that by trying to change the patterns of the seals it also changes the behaviour of their apex predator – the Great White Shark.

What Jameson does really well here is bringing plenty of tension and gives our characters impossible odds to overcome which makes this an enthralling read.

Much in the same way as Steve Alten’s Meg series, Shark Island goes to the extreme with the behaviour of its sharks, effectively making them rabid bloodthirsty beasts. This, of course, makes them terrifying but you do need to suspend your disbelief to truly enjoy this story.

Jameson has two more books focused on sharks out now, so it will certainly be interesting to compare them to Shark Island.

Shark Island is available now in paperback and Amazon Kindle.