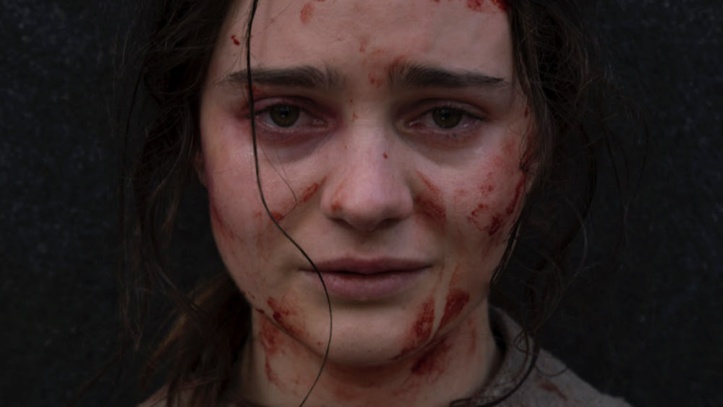 Vertigo Releasing is proud to announce the acquisition of Jennifer Kent’s THE NIGHTINGALE, to be released in cinemas and on digital in the UK and Ireland on 29th November. Kent’s second feature, since THE BABADOOK, is a meditation on the consequences of violence and the price of seeking vengeance, with stunning performances from Aisling Franciosi and new-comer Baykali Ganambarr.

Set during the colonization of Australia in 1825, the film follows Clare (AISLING FRANCIOSI), a 21-year-old Irish convict. Having served her 7-year sentence, she is desperate to be free of her abusive master, Lieutenant Hawkins (SAM CLAFLIN) who refuses to release her from his charge.

Clare’s husband Aidan (MICHAEL SHEASBY) retaliates and she becomes the victim of a harrowing crime at the hands of the lieutenant and his cronies. When British authorities fail to deliver justice, Clare decides to pursue Hawkins, who leaves his post suddenly to secure a captaincy up north. Unable to find compatriots for her journey, she is forced to enlist the help of a young Aboriginal tracker Billy (BAYKALI GANAMBARR) who grudgingly takes her through the rugged wilderness to track down Hawkins.

The terrain and the prevailing hostilities are frightening, as fighting between the original inhabitants of the land and its colonisers plays out in what is now known as ‘The Black War.’ Clare and Billy are hostile towards each other from the outset, both suffering their own traumas and mutual distrust, but as their journey leads them deeper into the wilderness, they must learn to find empathy for one another, while weighing the true cost of revenge.

THE NIGHTINGALE premiered at the 2018 Venice International Film Festival where it was awarded the Special Jury Prize, and played at Sundance Film Festival: London, earlier this year.

Edward Caffrey, the Head of Acquisitions and Business Development at Vertigo Releasing said, “We’re privileged to be working with Jennifer Kent, the filmmaking team and Filmnation on The Nightingale which we feel is one of the most powerful films of the last year.”

THE NIGHTINGALE will be released in the UK and Ireland on 29th November 2019, in cinemas and on digital.