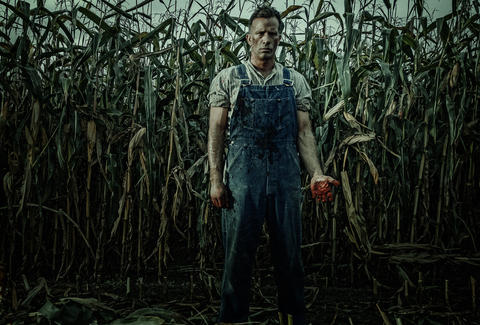 Horror Director Charlie Steeds tells us his Top 5 horrors of 2017, look out for his own features Escape from Cannibal Farm and The Barge People this year.

The least talked about Stephen King adaptation of the year, certainly the most miserable… It’s a simple, unforgiving story, incredibly bleak, has the most disturbing scene of the year (that made me feel a bit sick), yet is beautifully shot and elegantly paced, with solid performances. We don’t often get all of that in horror these days!

Caught this at Frightfest and was instantly won over by its old school charm. Its a future cult favourite with solid directing, lovable characters, strong settings, that absorbs you immediately and bodes well for future movies by Ricq.

The modern minimalist look and design spoiled its atmosphere for me, but it still delivers that heart-pounding gore scene without holding back and the moonlight man was equally terrifying (spin off film please!?). Stayed with me long after watching.

Not as good as the miniseries I grew up watching, but seeing this blockbuster horror in the spotlight this year was awesome! Ruined in places by too much CGI, but still a full-blown horror show with lots to offer.

Silly but fun and slightly outrageous concept, balanced with the right amount of humour. Shame the 3rd act didn’t go the full distance.