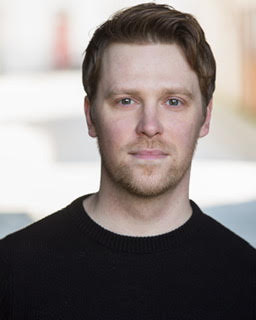 For the latest edition of Horror Through My Eyes, we are joined by actor/writer and podcast co-host Joshua Tonks to discover the horror films that have shaped his career so far.

The horror film that makes you sick –

“I tend to avoid the really gross-out ones, but perhaps ‘Se7en.’ Gluttony is a lot to, ahem, stomach.”

The horror film that scares you the most –

“It’s rare for a horror film to scare me these days, but I’d say Aquatic Horror, because all animals, particularly sharks, scare me in real life. ‘47 Metres Down’ had me peering out between my fingertips.“

The horror film you can only watch alone –

“If it’s a quiet, psychological horror then I’ll tend to watch alone. Larger groups can get distracted with a slower pace which can be frustrating, especially if it’s a first-time watch.”

The horror film you own, but secretly hate –

“I don’t believe in guilty pleasures. I think we should love what we love unapologetically and not feel shame for like something that others may not.”

The horror film with a better cast than script –

“‘Urban Legend.’ That cast is bonkers. The script, not so much. But it’s a whole heap of fun!”

The horror film you have rewatched the most –

The horror movie you have owned on VHS, DVD and Blu-ray –

“I’m sad to say that I STILL don’t own a Blu-ray player. But most of the late 90s teen horrors (‘I Know What You Did Last Summer,’ ‘Urban Legend,‘ ‘The Faculty’ etc) I owned on VHS, then upgraded to DVD.”

“That time my boyfriend got killed in the bathroom and a guy in a ghost mask pretended to be him and attacked me… wait, sorry, that was ‘Scream 2.’”

The horror film you need a shower after watching –

“The John Carpenter/Tobe Hooper anthology, ‘Body Bags’ is pretty grimy, but the first segment, ‘The Gas Station’ is one of my favourites ever.

The horror film that made your jaw hit the floor –

“Spoilers ahead, but I remember the ending to ‘Saw’ blowing my mind when I first saw it.’

A horror film you used to love, but now despise –

On the flip side…

“I never liked “A Nightmare on Elm Street 2: Freddy’s Revenge,” but I’ve grown to appreciate it as an important piece of queer horror cinema.

“Probably the biggest cliché, but the werewolf transformations in both ‘The Howling’ and ‘An American Werewolf in London’ are fantastic and, of course, John Carpenter’s ‘The Thing.’

“This has never happened. I’m a pretty good movie night host, so my recommendations are pretty spot-on.”

Catch Joshua on the Return to Eerie Indiana Podcast, plus you can catch his latest short film The Latent Image on Dekkoo or Amazon Prime now.

Click on the banner below if you’d be interested in appearing on a future Horror Through My Eyes.