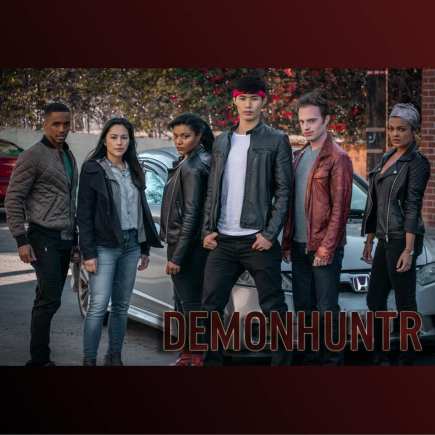 Plot breakdowns for the first 5 episodes of LGBT horror-comedy series Demonhuntr have been released.

The series follows a motley crew of queer friends who run a business vanquishing demons while navigating their love (and sex) lives in a supernatural Los Angeles.

Here are the episode breakdowns –

Demon hunters Daniel and Jeremy answer a call from Kyle, a sexy, mysterious man who tells them there’s been paranormal activity in his home and he fears for his life. But when they go to investigate, they discover Kyle might not have been telling them the whole truth.

Daniel and Jeremy get a gig helping Natalia, an aspiring witch whose house is haunted by a ghost with very particular sexual interests. Once the ghost situation is dealt with, Natalia joins the team as the guy’s manager.

The demon hunters are hired by Alejandro, a go-go boy who’s been experiencing demonic attacks in his dreams. Realizing he’s most likely under the sway of an Incubus, the demon hunters recruit Daniel’s telepathic ex-boyfriend Harold to help in the fight.

Daniel and Harold rekindle their relationship, but Natalia is less lucky with her ex-girlfriend, the stoner private eye Quinn. When Quinn smokes out of a bong she got at a yard sale, she discovers it’s the home of a magical genie.

Daniel and Harold take a drive to Ventura to see where they stand in their relationship. Unfortunately, they’re only in the house they rented for a few hours before supernatural shenanigans begin, and they’re put in some serious danger. After they’re separated and forced to battle monsters on their own, they learn the creature responsible for the attacks is not a demon at all, but something much worse…

Check out our interview with series creator Tim O’Leary.

Keep up to date with the latest news on Demonhuntr on Facebook.