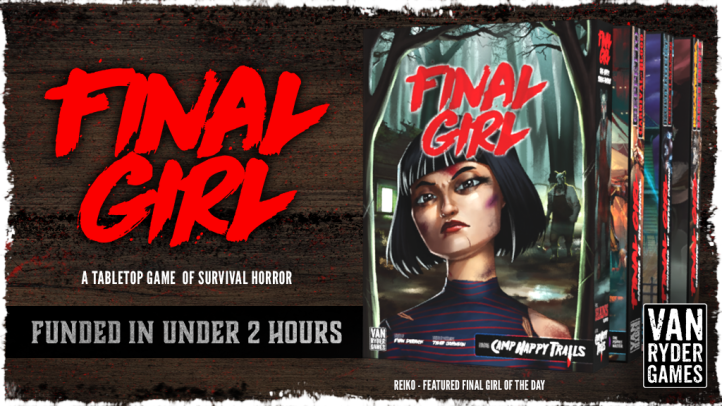 The crowdfunding campaign on Kickstarter from A.J Porfirio has already raised £124,558, at last count.

There are multiple scenarios to choose from including summer camps, a haunted manor, a spooky carnival and a mystical jungle.

Each game comes with its own miniature figures, including final girls Asami, Marie, Selena, Alice, Reiko, Laurie, Barbara and Adelaide with a host villains on offer too.

‘Final Girl’ functions with three areas of gameplay which are taking actions, purchasing new cards and then attempting to survive the wrath of the killer.

Watch a video playthrough of Final Girl below –