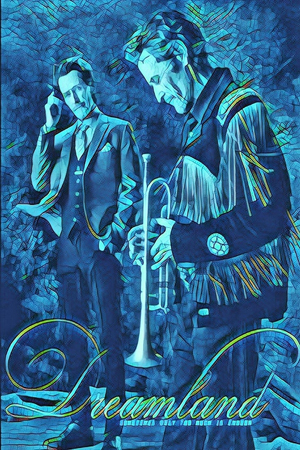 The first of two (well technically three) performances from the pleasantly grizzled genre fave Stephen McHattie at this year’s Soho Horror Film Festival, the actor has been a regular feature in Canadian director Bruce McDonald’s previous movies. Here he gets to pay dual parts, a trumpeter, and a hitman.

Said hitman Johnny is tasked with extracting a single digit from an unnamed trumpet player called ‘The Maestro’ who had had the temerity of not knowing the name of Johnny’s boss Hercules (an over the top turn from Henry Rollins) when they last encountered each other.

The trumpet player is due to appear at a glamorous wedding, driven by a need to pay for his drug habit, but when McHattie’s thug arrives to deprive the trumpeter of his finger, he digs a little deeper and finds out that Hercules’ business interests now include child sex trafficking.

Hercules decides to show his good side, vowing in particular to liberate a 14-year-old girl from the clutches of the wedding’s organizer, The Countess (Juliette Lewis) and her vampire brother (Tómas Lemarquis).

Most people know McDonald from his 2008 zombie movie Pontypool which, like this one, was scripted by Tony Burgess. I wasn’t a big fan of that film and, unlike pretty much everyone in the room didn’t like this much either.

I suppose that one person’s ‘genre-bending’ (as Dreamland has oft been described) is another person’s ‘all over the place’ and I found it to self consciously quirky for my taste. MacHattie does well in the dual roles and it looks pretty good, but I just couldn’t warm to this one.