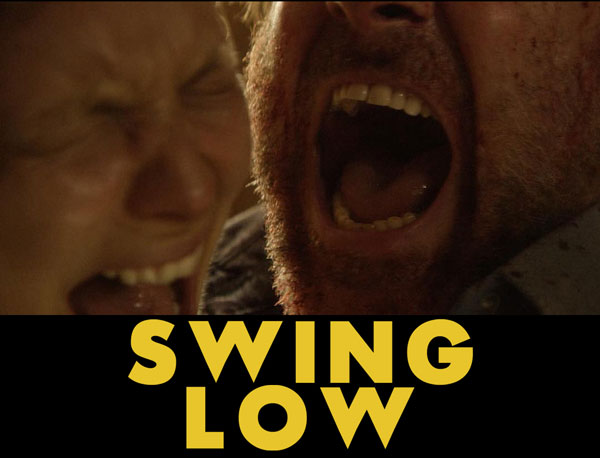 Nature photographer Harper Sykes (Annabelle Dexter-Jones) stumbles upon something she was not meant to see while camping in the Watchatoomy Valley to snap rare wildlife: a group of local men, headed by the terrifying Ravener (Robert Longstreet) have strung up a guy and are whipping him to death.

Harper photographs what she can of the incident and hotfoots it out of there, narrowly escaping being run off the road when the guys chase her. She reports the incident to the police, but when her car is towed away, with her in it, she ends up tied down in a barn, with the attacker’s hell-bent on revenge.

That’s pretty much it plot-wise, but what’s really interesting about this is that Sykes is a fighter. While watching the photographer besting her attackers, one by one, I was reminded of Camille Keaton as Jennifer in the 1978 movie I Spit on Your Grave.

Except in that movie, to get to the point where the character was ‘justified’ in the revenge she took on the men, she had to undergo multiple sexual indignities. In Swing Low, as Sykes takes out the gang one by one in a combination of stealth, planning and sheer brutality, the viewer questions what these guys had done to merit such ends?

Harper is a seasoned hunter – we see her comfortably living off the land when on her photographic assignment – and clearly not afraid to strike first when in a tight spot. As the film progresses, we understand that this is as much a battle of the sexes (albeit an unbalanced one) as an ecological battle between people who want to carve up the land and those who want to save it (ie Sykes).

Unfortunately, towards the end of the film’s rather slight 75 minute running time the movie feels terribly rushed. A bookended scene with Harper bandaged in hospital with burns received from a torture I couldn’t possibly describe here isn’t fully explored, and the death of her boyfriend is only told in flashback.

It could have done with an extra 15 minutes or so to unpack the plot points a little more clearly, but for most of its running time Swing Low is a tight, visceral survival movie redolent of Australian thrillers like Wake in Fright (1971) or Wolf Creek (2005).