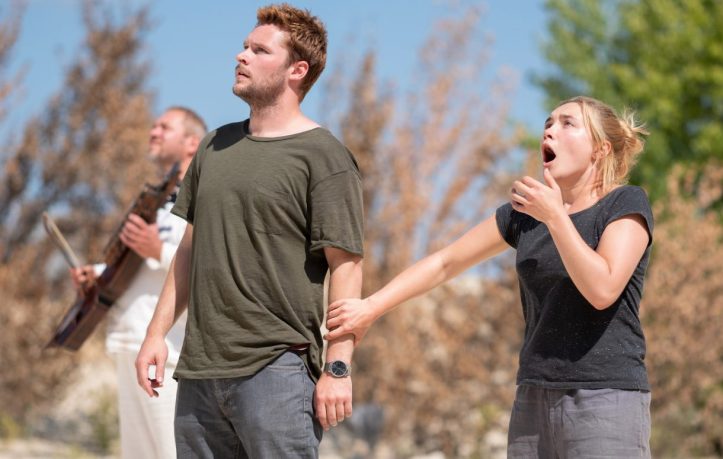 Following up to the polarising Heriditary, Director Ari Aster has returned with a film that could polarise horror fans even more.

Much the same as its predecessor, Midsommar is beautifully shot and is inspired by German expressionist cinema.

Slow tracking shots and moments of pure horror take place in broad daylight which can be jarring for the viewer and certainly add to the chill factor.

Midsommar is essentially a film about grief and how the mental impact can manifest itself on the physical aspects of a person.

We begin with Florence Pugh’s Dani has to endure a shocking family tragedy which shakes the viewer to the core whilst contemplating that her boyfriend Christian (Jack Reynor) could be set to dump her.

From here we jump forward and although Christian does want to break up with Dani, in the face of this awful incident he can’t bring himself to do it.

They join one of Christian’s Swedish friend and their other two friends on a trip to a secluded Swedish community celebrating an ancient festival.

There are vibes for the Wicker Man but Aster’s masterful direction sets Midsommar a class above shocks for the sake of shocks.

As the terror is ratcheted up in the finale it goes truly bonkers but because we have become so immersed in this world we go with it.

Although Midsommar is bloated at 2 hours and 20 minutes you won’t see anything like it this year or for some time.

Unlike Hereditary this feels like more of a full realised story with more of a narrative structure.

Midsommar is in cinemas now.