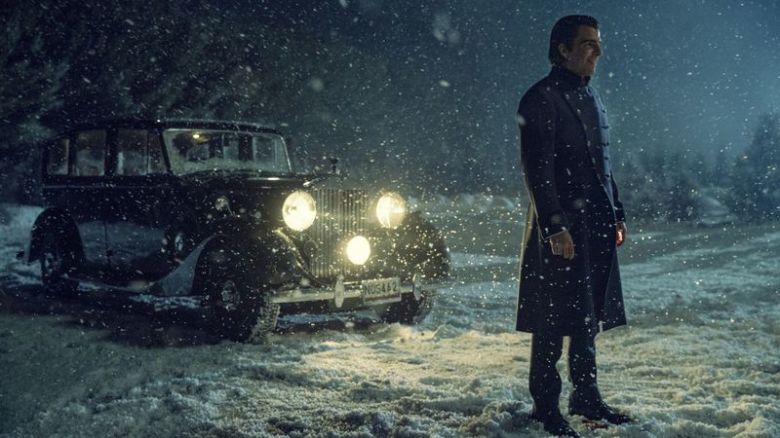 It feels like Joe Hill has had cursed luck when it comes to adapting his work.

Horns with Daniel Radcliffe was too timid and the Locke and Key TV movie just didn’t resonate with audiences.

And so we come to AMC’s series reworking of NOS4A2, arguably Hill’s finest work so far featuring a different kind of vampire who feeds off the lifeforce of children.

Said vampire is Charlie T. Manx played with such verve by Zachary Quinto who has previous in the creepy stakes from American Horror Story Asylum.

The Batman to his Joker is Ashleigh Cummings’ Vic McQueen a teen from a broken home who discovers Manx’ devilish plot to take children to ‘Christmasland’.

Albeit the opening episode is a lot of table setting, every time Manx is on screen Quinto sends a chill down your spine. From his old man look to his de-aged slick haired statesman-like look, this monster is being fully realised.

Vic’s characterisation does feel slightly rushed here as within the first two episodes her fragile family dynamic is torn apart and she is getting closer to Manx without knowing it.

There is an unbridled tension in knowing that these characters will meet at some point and their plots are intertwined and destined to clash further down the line.

Olafur Darri Olafsson is Bing Partridge who novel readers will know has a big part to play in this plot, although he comes across as much sympathetic initially as a school janitor before going dark side quicker than Anakin Skywalker.

NOS4A2 feels fresh though and gives us what could become one of the most iconic monsters of the year in Manx if Quinto fully realises his monstrous form.

NOS4A2 is showing now on AMC.