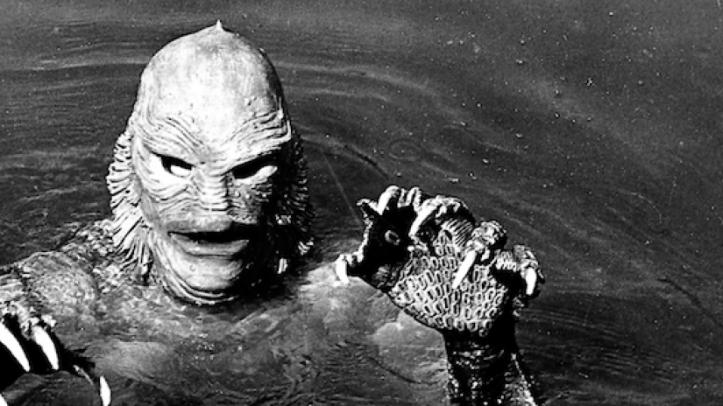 I must admit from the old black and white monster movies, the one that is screaming out for a modern day remake is The Creature from the Black Lagoon.

In the recent documentary John Carpenter Unfilmed on Studio Canal’s special edition blu ray of The Fog they briefly discussed the notorious horror Director’s flirting with the idea of a remake back in 1992.

By this time Carpenter’s star had faded slightly with diminishing returns on projects after Big Trouble in Little China bombed at the box office, forcing him to focus on smaller projects.

At the point of Carpenter’s first involvement the film had already reached a sort of development hell with both Ivan Reitman and Richard Donner both walking away from directing duties.

His script which was written by Timothy Harris and Herschel Weingrod would focus on the link between gill man and humans; hinting he could be the missing link between man and fish.

He also told Starlog magazine in an interview in the early 1990’s that he wanted to feature stories of fish-man hybrids who allegedly lived in the Pyramids but flipping their location to the Amazon, where the story takes place.

The duo weren’t an obvious choice having penned comedies Brewster’s Millions and Twins but Carpenter planned to add some commentary in there that he felt they could deliver in their finished treatment.

Special effect maestro Rick Baker was also involved in the development of the Black Lagoon remake, coming up with concepts which sadly never made it to screen.

The commercial failure of Carpenter’s Memoirs of the Invisible Man was the final nail in what would be a $40m picture, almost ten times the budget of They Live in 1988.

He walked away after Universal dithered over giving the green light and the project still hasn’t hit its development stride since, with rumours occasionally of its resurrection before silence.

Would you have liked to have seen John Carpenter’s Creature from the Black Lagoon?

Let us know in the comments below –