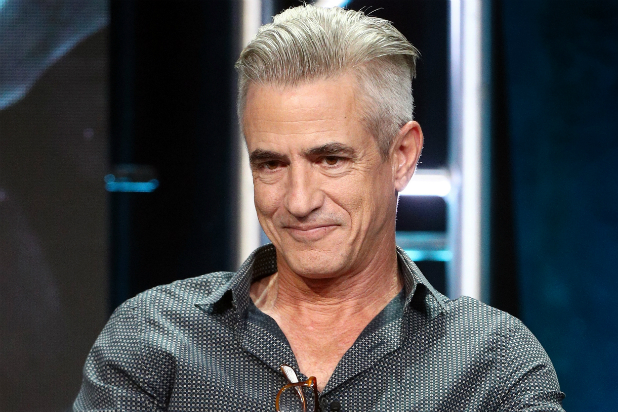 The story centers on an elusive serial killer, who descends upon a small town annually, bringing terror and death.  He is responsible for gruesome murders year after year, each in different jurisdictions and seemingly unrelated.

No one believes this could be the same killer.  Detective Denver has faced Trick once before – he shot and killed him.  Or so everyone keeps telling him.

However, Denver knows Trick is out there and he’s coming back for revenge.

“After much discussion with Director Lussier, Dermot was the only choice for this role and we are ecstatic that he was able to take on the project.” stated Wander.

Denver puts his works before anything else in life, including his own marriage but his no-nonsense attitude and steadfast approach makes him a perfect fit for a career in law enforcement. Against everyone else’s judgement, he is convinced that Trick is not only alive and well, but the one responsible for a series of gruesome murders recurring over several years.

Director Patrick Lussier’s lengthy and accomplished résumé includes several of the most successful horror films and television programs in recent years.  His eye for detail was instrumental in editing the numerous Wes Craven films, including the famous Scream franchise, Red Eye, New Nightmare, and Cursed  to name just a few.

Prolific actor Mulroney, has starred in over 70 films in a career  spanning more than 3 decades.  Most recently, he filmed an episode for the highly anticipated Amazon series “Homecoming” starring Julia Roberts, his co star in the box office hit My Best Friend’s Wedding.