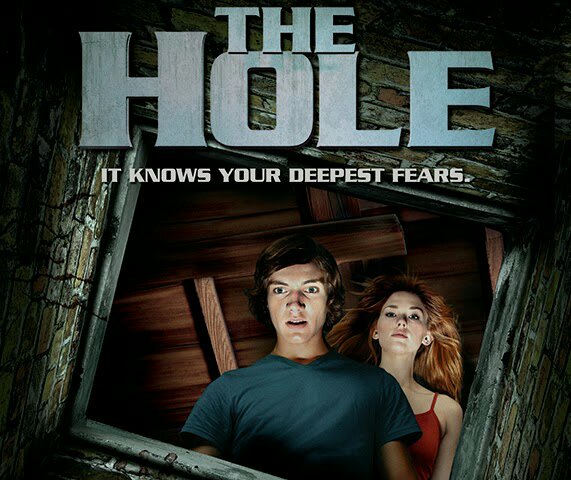 Back in the late 2000’s horror was being dominated by the Saw and Paranormal Activity franchises, giving audiences increasingly repetitive formulas that like all franchises during their cycle, would die off in need of fresh creativity.

Very much under the radar in 2009, came Joe Dante’s comeback to family horror; having near perfected it with 1984’s Gremlins and it’s 1992 sequel.

Dante had previously dabbled in horror with those films as well as the original Piranha, The Howling and the Twilight Zone Movie.

A simple tale of two brothers and their next door neighbour who unleash an all seeing evil from a hole under their house that preys on their deepest, darkest fears.

There is a hint of Nightmare on Elm Street as the hole creates scary scenarios for our trio including memories of a horrific childhood accident and the younger brother Lucas’ fear of clowns.

This was 80s nostalgia before Stranger Things made it cool again.

Much like Dante and Spielberg films of that era, The Hole is a family horror with a message about facing your fears, which ultimately makes this stand out from your average.

The cast has great chemistry and it feels great to be back terrorising suburbia with some light scares.

So if you want to start your Halloween watch marathons with something fun and slightly retro, The Hole is your destination.