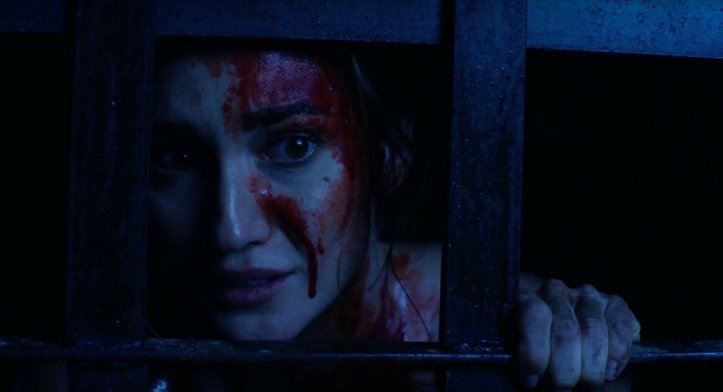 So if you include the woeful monster versus film, Lake Placid Legacy is the sixth film in a series that probably didn’t need a franchise.

Taken on by the SyFy brand, sequels have been churned out regularly over the past few years, but is this sixth time a charm?

Legacy does tries to bring something different to the party as a group discover the now caged lake and a facility which I suppose everyone missed in the original (they were too busy harassing Betty White) where a corporation is up to no good.

What lets the film down is mainly it’s characters who are all pretty unlikeable and when our big croc does turn up you are actually on his side rather than theirs.

Sadly as expected the computer generated crocodile is woeful and seems to change size regularly throughout, so when it’s chasing someone it can look quite small and then it suddenly transforms into the huge beast we were promised.

The finale is creative but by this point you are just waiting for the credits and hoping this will be our final visit to lake placid.