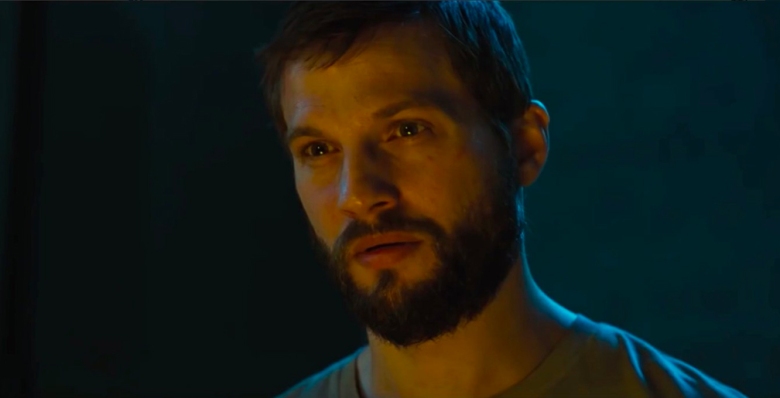 Upgrade is Blumhouse’s first venture into science fiction territory and despite positive reviews it went severely under the radar across the pond and made very little at the box office.

Much like last year’s Blade Runner 2049 which also gained critical acclaim across the board and bombed at the US box office.

Upgrade sets itself in the not too distant future where machines and technology are becoming an increasingly larger part of our everyday life.

The amount of social commentary going on throughout is frightening. Upgrade is in a similiar mold to The Terminator  and Robocop with a nihilist tone and tech noir theme throughout.

Logan Marshall Green smolders as Grey a confessed technophobe given a second chance by advanced technology after his wife is murdered under shady circumstances.

Whereas Blade Runner, Robocop and Terminator can have a very serious tone, Upgrade has a slightly lighter tone with some laughs squeezed during some bombastic action scenes.

Director Leigh Whannell whose infamous credit is starting the Saw franchise, handles the action scenes with ease and given his background, is certainly not shy of  a bit of bloodshed.

Good films always stand the test of time and I’d expect Upgrade to become a cult favourite for the DVD/Blu-Ray and digital audiences in the coming years.

Blumhouse have spoken positively about the potential for similiar ventures in the future and if Upgrade is the quality they can produce we should all embrace their venture into this territory.

Upgrade has its UK premiere at Arrow Video Frightfest next week.