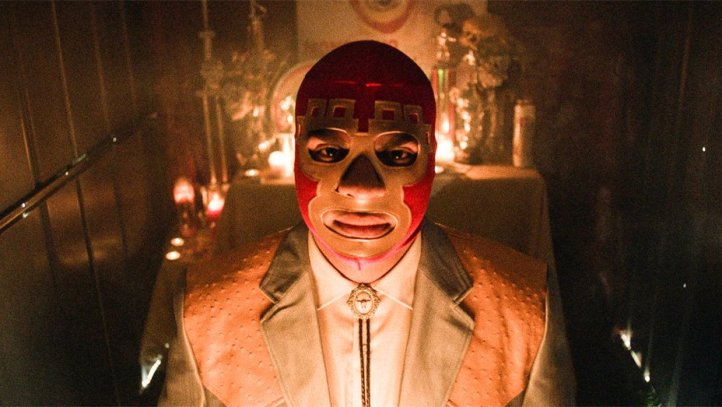 Sometimes a film comes along that is just so nuts that you just sit back and watch the chaos unfold.

Ryan Prows’ Lowlife very much has a feel on a Quentin Tarantino as we effectively see a story unfold through many characters eyes and none more entertaining than luchador El Monstruo.

As we open the film Monstruo provides a passionate monologue, which it turns out is to a teenage girl eating an ice cream; it’s this sort of film.

The heart of Lowlife is a botched organ harvesting that goes very wrong, then throw in the mix a pregnant heroin addict, a former convict with a swastika tattooed on his face.

Lowlife had a similiar feel to last year’s 68 Kill where we are given flawed characters on all sides, which in a way makes them more compelling because you’re not quite sure what they are going to do.

There are shades of a gangster film but Lowlife is so much more than that, it’s part horror, part heist caper, part comedy and all round excellent.