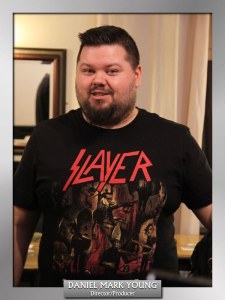 The Kickstarter campaign for brand new werewolf horror short Werehouse recently launched pitting a group of students against a blood thirsty wolf on the full moon in a warehouse.

We caught up with Director Daniel Mark Young who told us all about how the fur is going to fly.

Tell us where the idea come from for Werehouse?