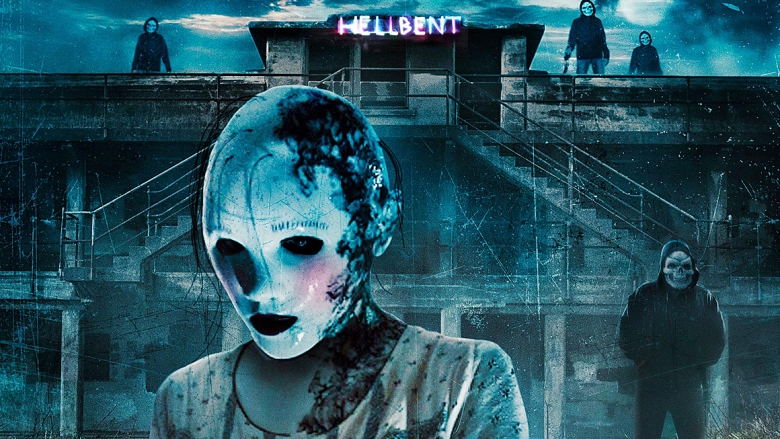 There’s certainly an argument for the fact that there doesn’t need to be a sequel to The Houses October Built.

Based around a group of Halloween thrill seekers who visit haunted houses for videos for their YouTube channel, the original ended on a pretty dark note as Brandy one of the team was buried alive by a group from one of the theme parks.

We pick almost immediately afterwards as her burial is interrupted by the police, and she is left on the side of the road by the two masked assailants.

Fast forward a year later and the group has clearly not learned their lesson (that old horror trope) and after some negotiation with the traumatised Brandy they agree to get out on the road again after receiving a sizeable sum from a YouTube channel The Blue Skeleton.

Their ultimate goal is the mysterious ‘Hellbent’ scream park, and from here we do follow some similiar tropes to the first film but in turn we’re introduced to new attractions such as the Zombie 5K and some new scare parks.

The final 20 minutes ramps things up as the group must confront their past and there’s plenty of twists and turns to make this a worthwhile sequel.

Add this one to your post-Halloween playlists today.