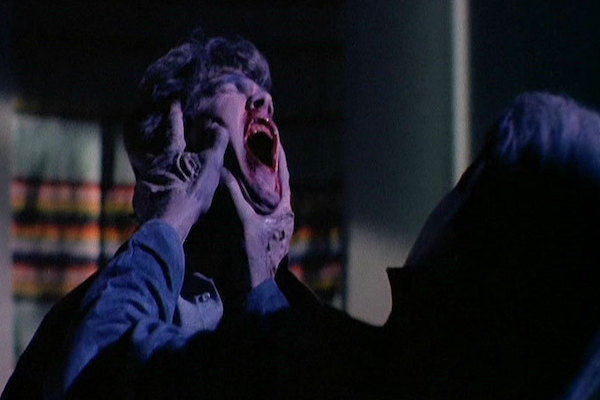 One of the most memorable characters from a Halloween sequel is Sasha Jenson’s Brady, the ill fated wannabe partner of Rachel Curruthers.

Tell us about auditioning for Halloween 4?

It was pretty straight forward, a couple of call backs and a little luck I got the job.

How much did you know about the series beforehand?

I knew Halloween was a very good movie. The second one and third not so much, but they were claiming they wanted to move back into the spirit of the original.

Your death scene is one of the most memorable of the series, how hard was this to film?

It was easy… I knew George (Wilbur) from before. We decided to play with it being that I had a background in stunts and knew how to stunt fight.

As the potential boyfriend of one of the lead characters, did you think Brady was always marked for death?

Absolutely, everyone dies except for the star – Ellie Cornell was the star and Danielle Harris carried the torch. Ellie was great to work with as was George and Danielle.

How did you approach playing Brady?

With a thrilled smile on my face, it was so much fun and I was thrilled to be there.

What was your favourite day on set?

When he shot the Halloween night exteriors with fog machines working, and the lighting just right. Michael was at the end of the street and it was creepy fabulous.

When was the last time you saw the film?

Maybe three years ago, but I didn’t get to see the whole thing.