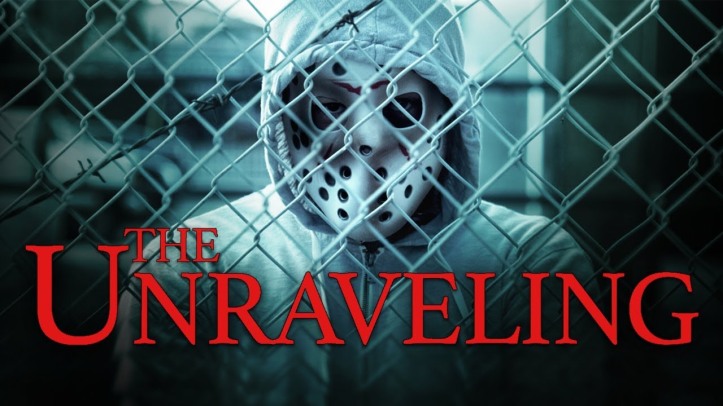 Although the artwork for The Unraveling might be slightly misleading, the story itself is very intriguing albeit slightly formulaic.

We follow the journey of recovering addict Michael, who is taken on a belated stag do by his friends.

What his friends don’t know is that he is secretly using despite claims of getting clean ahead of his wedding and imminent birth of his first child.

Proceedings are thrown into chaos when they find one of their clan has been killed and they are hunted in the woods by something or someone.

As well as the paranoia of being stalked Michael also has to deal with his addiction as he runs out of drugs and his mind begins to play tricks on him.

The Unraveling is very as the title suggests a story that slowly peels back its layers before laying all of its cards on the table in its finale.

More a study of addiction than a straight up horror film, it hints at some bigger ideas but is an entertaining watch and certainly something a bit different.