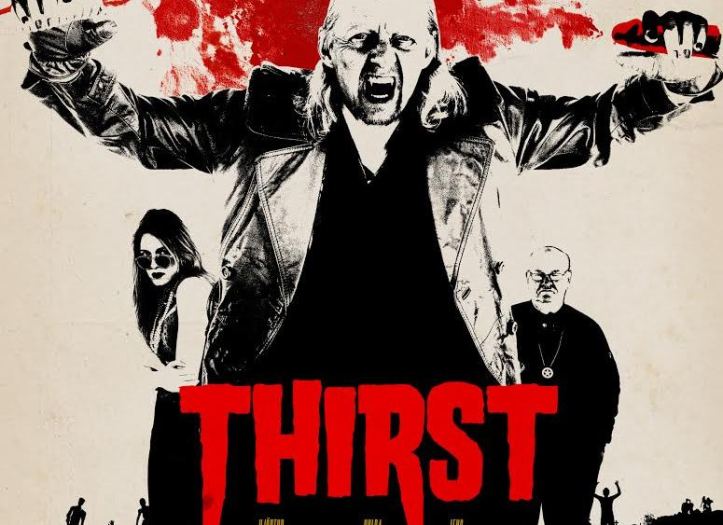 LevelK has announced that LGBT vampire splatter comedy ‘Thirst’ has been sold to several territories following its premiere at the European Film Market.

“Thirst,” which world premiered at the Nordic Film Market of the Goteborg Film Festival, takes place in a small town where evil is lurking and strange crimes and brutality frequently occur. The film follows Hulda, a woman suspected of being responsible for the death of her brother, Steindi, and is being investigated by the police. After being released from custody due to insufficient evidence, she has nowhere to turn.

Lingering around in the cold, she befriends an elderly man who turns out to be a 1,000-year-old, single and gay vampire who brings her brother to life, leading to terrible consequences.

Directed by Gaukur Úlfarsson and Steinþór Hróar Steinþórsson, the movie was jointly acquired by Uncork’d Entertainment and Dark Star Pictures for North American distribution, as well as Njutafilms for Sweden, Denmark, Norway and Finland and Estin Film for Estonia.

LevelK CEO and managing director Tine Klint, said “Thirst” was the kind of edgy and original films that LevelK aims to handle.

“Films must have strong festival potential, international marketability and digital possibilities as we work across all areas,” added Klint.