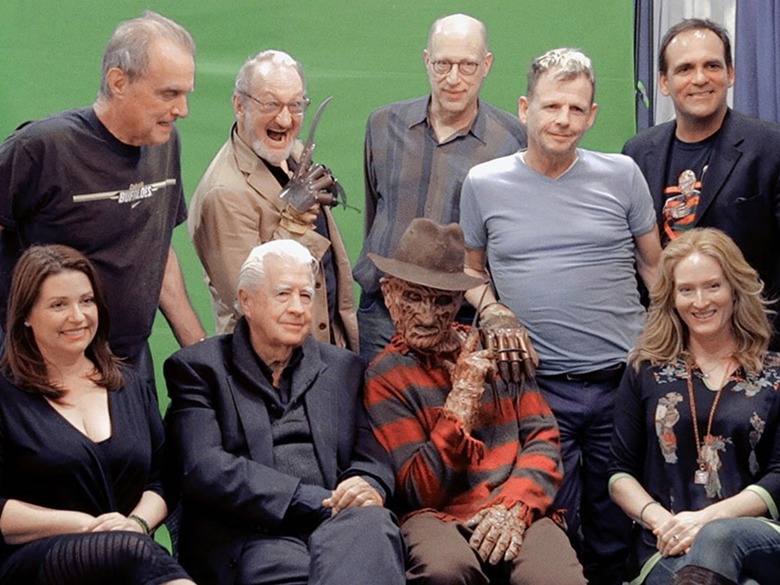 There has been plenty of anticipation for Scream Queen: My Nightmare on Elm Street, the story of Freddy’s Revenge’s Mark Patton.

The young actor was set to become one of the 80s next heartthrobs after bagging the role of Jesse Walsh in the sequel to Wes Craven’s classic.

Although a box office success, time slowly eroded its positives and focussed on Patton’s portrayal of Jesse; which was deemed effeminate.

This documentary doesn’t just focus on Patton’s journey from nearly-man to gay rights activist and cult favorite – that would be doing the film a disservice.

We also delve into the AIDs crisis during the 1980’s and hear first hand of the paranoia that infiltrated Hollywood and how promising actors were cast aside because of their sexuality.

Hearing stories of people who knew those who contracted AIDs during this time was heartbreaking but it also felt like an important history lesson and also remind us how cruel and vindictive people can be about something they don’t understand.

At times ‘Scream Queen’ is unfiltered and raw but then there are moments of real poignancy too. The key here is balance; as it paints a picture from both sides of the argument and challenges notions Patton may have held for decades and attempts to put those demons to rest.

None more so than his meeting with Freddy’s Revenge writer David Chaskin, which feels like a moment that has been a long time coming. It would have been so easy to play this for dramatic effect, but it is played straight (excuse the pun) and is all the better for it.

Seeing how Freddy’s Revenge has become this cult favourite and was for many their first experience of a ‘gay horror’ film, is enlightening and shows how much of a mark a low brow slasher can make.

A UK release date hasn’t been announced for Scream Queen yet, but it is a film that all horror fans need to see.