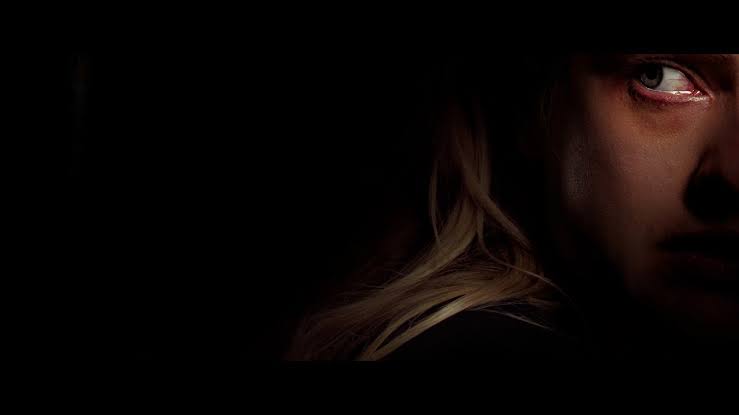 The planned series of reboots of the classic Universal monster movies have to date been pretty unsuccessful (most genre fans are STILL trying to get the smell of Alex Kurtzman’s 2017 debacle ‘The Mummy’ off their fingers).

The latest chapter in the so-called ‘Dark Universe’ is a re-imagining of ‘The Invisible Man’ by Leigh Whannell, who brought us the rather good ‘Upgrade’ back in 2018. Like that movie ‘The Invisible Man’ is set in a series of sterile, austere interiors (mostly filmed in the director’s native Australia) and moves at a rather glacial pace, despite the peppering of jump shocks.

Elisabeth Moss – and let’s face it, if she wasn’t in it there wouldn’t be much to write about here – plays Cecilia Kass who, when we first meet her, has drugged her violent boyfriend, optics genius Adrian Griffin (the name a nod to HG Wells’s character in the source novel), and makes her escape courtesy of Kass’s sister Alice (Harriet Dyer), staying in the house Alice shares with her cop husband James (Aldis Hodge) and teenage daughter Sydney (Storm Reid).

While recovering her dignity and overcoming the trauma of her relationship, Cecilia is told that, following her departure, Griffin has taken his own life, and left her $5 million in his will, subject to her not violating the law; and you just know this little fact will come back to a bit later.

This is a cue for her to gradually rebuild her own, but just as her confidence is returning, she starts to sense a presence near to her. Initially believing it to be Adrian’s spirit reaching out from beyond the grave, a series of incidents convince her that her ex is alive and well and manipulating her life, turning friends and family against her, and forcing her into a desperate battle to retain her sanity and, ultimately, stay alive.

No pun intended here, but don’t go to see ‘The Invisible Man’ if you’re looking for a straightforward horror film. This is primarily a character study of a woman in crisis, and the casting of Moss in the central one means it’s a very good one. The horror elements, mild though they are (this is Blumhouse after all), are an almost unwanted intrusion into an otherwise straightforward and quite old fashioned drama (think ‘Sleeping with the Enemy’ and a bit of ‘Hollow Man’).

As you might expect from the man who brought you ‘Upgrade’ there’s some fun with the tech and some solid playing by a small cast.

At just a little over two hours it did rather outstay its welcome (90 minutes is fine for this kind of movie) but ‘The Invisible Man’ was an unexpected pleasure full of subtleties, details and nice little twists, a far better movie than I was expecting.

The Invisible Man is out in cinemas on 28th February 2020.