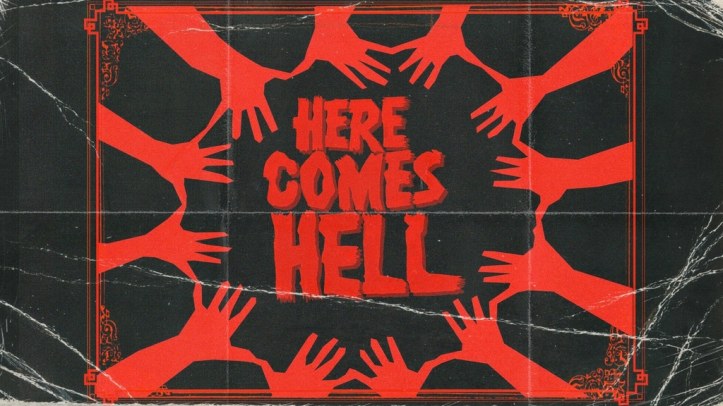 Recalling the haunted house movies of the 1950s, Here Comes Hell is a delightful throwback that will make you laugh too!

Billed as ‘Downton Abbey’ meets ‘Evil Dead’, five old school friends are invited to a mysterious manor, they are joined by some unwelcome guests.

It would have been really easy to go for cheap scares with Here Comes Hell, but instead, the filmmakers go for a more lighthearted and whacky tone that complements its practical effects.

Admittedly, the film does take its time to get going, but once it hits stride it is a wild ride up until its final reel.

Characters do feel slightly stereotypical, and plot twists are sometimes easy to spot but Here Comes Hell was clearly made with a wink and nod to the film it was paying tribute to.

The score from Ben Pearson is fantastic too and feels straight out of a classic haunted house film.

Made on a Kickstarter budget of just over £10,000, Here Comes Hell is a triumph of independent filmmaking, that shows you don’t need loads of money to make a memorable film.