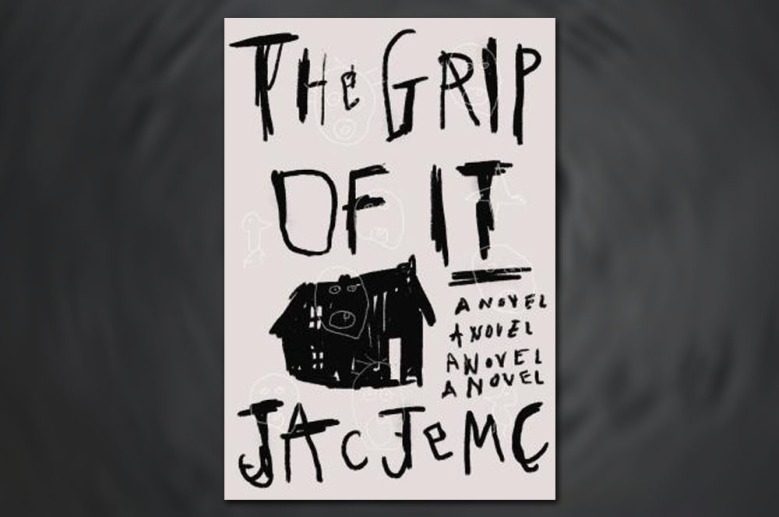 In The Grip of It prolific Chicago writer Jac Jemc tells the story of a youngish couple, Julie and James, who have uprooted from the city to the quiet of a lakeside town, ostensibly to help James escape the gambling addiction that city life fed.

Despite the financial problems created by his illness, the couple seems strong and are prepared to make a new start.

That the home they bought had been on the agent’s books for a while should set up some warning bells. The low-pitched noise that seems to occupy the house from the point they took up residence even more so.

But it’s the stories told to them in town about the property’s previous occupants, and the strange neighbor who seems to spend all his time staring out of his window at their house, that should really have made them think twice about their bargain purchase.

But Julie and James are prepared to overlook these things. And as they get used to the new place their lives become stranger.

The voices of children heard in the forest that surrounds the house, the attraction of a cave which may have been the location for something terrible, the discovery of hidden rooms, and strange stains and writing which appear on the walls of their house, all seem to be accepted by the couple without realizing that their lives are starting to unravel.

Jemc’s novel is the equivalent of watching one of those low budget horror films which adopt an elliptical non-linear approach to its subject matter in order to confuse and subvert the audience (and possibly to cover up the lack of money).

The first half of The Grip of It is genuinely unsettling, rendered more so by the novel being constructed in short chapters, each one narrated first by Julie and then James, enforcing the couple’s growing lack of unity. This is a book as much about the internal breakdown of a relationship as it is about the impact of external forces. We’re never sure who’s doing what to whom, and for a while, this is very creepy.

The problem is that this setup is established quite early on, and Jemc simply applies more layers to the oddness, which doesn’t aid understanding and, by employing an increasingly florid turn of phrase, occasionally irritates.

The Grip of It asks questions about whether people can be haunted as well as (or instead of) buildings, and also how much a human being will be prepared to put up with and still consider normal. It’s also about clinging to the idea of home at whatever cost.

But ultimately it’s a short story or at best a novella stretched to novel proportions. When it’s creepy, it sure hits the spot, but it was just a little too over-egged for me.

The Grip of It is now available in paperback and Amazon Kindle.