The Mermaid: Lake of the Dead 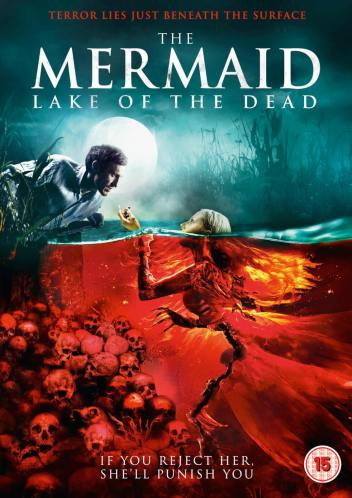 Russian genre director Svyatoslav Podgaevskiy has mined J-horror curse movies and even a little M R James for his latest movie, which also joins a string of films featuring water-dwelling women (THE SHAPE OF WATER and THE SIREN being recent examples).

Marina and Roma, a young couple about to get spliced, encounter pre-marital problems when Roma, off on a stag party at the summer house owned by his estranged father, encounters a strange woman who he ill-advisedly kisses. Said woman is in fact the legendary spirit of a jilted suitor back who took her life back in the 19th century and has made it her ghostly business to wreak revenge on men by ensnaring them and making their lives a misery.

There’s a bit of family history with this spectre – it previously pulled Roma’s mother into the depths as punishment after latching on to his father. And now the latest of these spooky crushes is Roma himself; a competitive swimmer who emotionally and physically crumbles following his encounter. It’s then up to Marina, Roma’s friend Ilya and sister Olga to thwart the ghost and save their chum.

Water looms large in this film, and rather heavy handedly too, whether via the lake of the title, Roma’s chosen sport, dodgy plumbing, or the persistent rain that punctuates the movie’s final half hour – and just for added thematic intrigue Marina is scared of the old H20.

But despite being rather derivative in subject matter I quite liked the theme of relentless ghostly obsession, the gloomy mis en scene of the dilapidated house and the aquatic themes, which recalled as much as anything Hideo Nakata’s 2002 movie DARK WATER. True the plot’s a bit nonsensical and more than slightly baffling, and the generic cast don’t really offer much, but it certainly has its creepy moments, particularly in its final spirit battling reel. Just don’t expect any mermaids, cos there aren’t any.

The Mermaid: Lake of the Dead is available on DVD and VOD from 22 July.