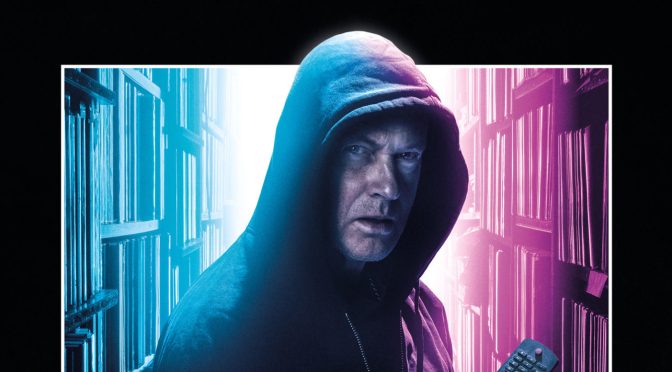 We got the chance to quiz Director Kristian Soderstrom all about his latest short Videomannen (Video Man), which recently screened at Arrow Video Frightfest.

Videoman sounds like a bonkers concept, where did the idea come from?

The idea originates from when I met a video store owner who also was a VHS collector. This man made a great impression on me. He seemed to be king of the world and at the same time bitter. He felt his customers did not show him and his movies enough respect. He was an outsider with great self esteem, which I think is kind of rare. This idea stuck with me and I started wondering how a guy like this would cope with today’s modern, digital society, when video rental stores and VHS movies are becoming relics.

In no particular order: Lizard in a woman’s skin, Phenomena, La Controfigura, Blood and black lace, All the colours of the dark and La Gatta in calore

After a quick coffee and gathering of the team I talked to the actors while they were in make up. At the same time my cinematographer lit the set to enable impulsive acting, which I encourage. I do much directing before hand discussing characters with the actors. On set I want them to feel free, regarding movement and emotional impulses. It was a balance between searching for the scenes and being effective enough to avoid overtime. Because of the projects low budget nature we felt it very important to not make anybody feel used. It became a quite familiar feeling on set though, since the team were a small one.

Has the reaction been positive for the film since Frightfest?

FrightFest was a total blast, the best really. We got some really good reviews as well. That is a very good thing, off course. FrightFest has helped us making people discover the film. It’s been invaluable.

How would you describe the film in 3 words?

What was the most fun character to write?

The main character Ennio was the easiest to write, but maybe Simone, the female lead, was the most fun. That was more looking outside of myself and it’s very satisfying when you make a thing like that work. That is a journey of discovery, which for me is the best feeling creatively, when stuff appears without an obvious trace. The greatest excitement is the feeling that it could have been someone else who wrote what I wrote.

When can horror fans see the film next?

At the Norwegian film festival Ramaskrik. Really looking forward to that one.

Are distribution plans in the pipeline?

Yes. Papers are signed for a UK release. Which is wonderful.